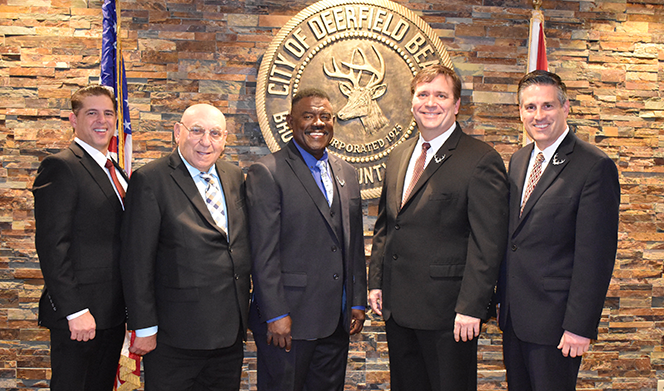 The Deerfield Beach City Commission is a five-member body elected for a four-year term. The mayor is elected at large. Each of the four commissioners is elected by the district. Each commissioner serves as vice mayor once during his/her four-year term. The City Commission is the governing body of the City and exercises legal powers designated in the City Charter. The Commission enacts ordinances and resolutions, creates city policies, and oversees special programs designed to involve citizens in their government.

Other responsibilities of the City Commission include the adoption of the annual budget, approval of tax rates, authorization of most contracts, and the appointment of the City Manager, City Attorney, and members of advisory boards. Commission meetings are held on the first and third Tuesday of each month.